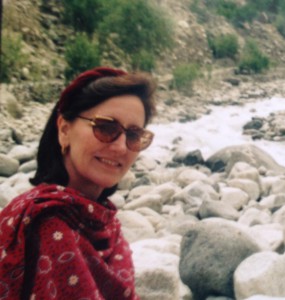 Trustee. The Asia Scotland Trust was established in 2014 with the aim of nurturing the long-standing links between Scotland and Asia.  Its primary concern was the restoration of key historic buildings in Asia and developing the appropriate skills locally to preserve and maintain them. The Commonwealth Heritage Forum now continues that aim.

The Asia Scotland Trust was re-constituted and re-launched in 2019.  While continuing the fundamental aim of promoting the joint heritage enjoyed by Scotland and Asia, AST is equally committed to building a shared future. Our mission is to engage with creative projects that leave a social, environmental and economic impact and enable people to improve their quality of life.

Director Projects since 1990 for The Calcutta Tercentenary Trust (CTT), an Indo-British Charitable Trust currently focussed on Kolkata’s heritage and the Victoria Memorial Hall: the first project was the restoration of 82 paintings by European artists 1770-1830, together with their frames, and involved co-ordinating the programme of restoration, finding the UK restorers to work in Calcutta, and the training programme for Indian restorers to ensure sustainable care for care of the collections. The paintings were placed on permanent view in the Darbar Hall in 2001

The second joint project with the VMH was planned to provide the facilities required by a 21st century museum built to 21st century museum specification, including auditorium, specialist library linked to appropriate international museum libraries, seminar rooms,  space for travelling exhibitions, and cafe. The Memorandum of Understanding between the CTT, the Government of India, Victoria Memorial and City of Kolkata for the Centre for Arts and Learning was signed in 2007

The British Council, London: Exhibition Curator 1996-7
Flagship exhibition for the Golden Jubilee of Pakistan 1997
The exhibition “Traditions of Respect: Britain and Islamic Cultures” was inaugurated in Islamabad by HM the Queen before traveling to the major cities of Pakistan, and elsewhere in the Islamic world including Brunei, Dacca, Sana’a, Ankara, Istanbul

The British Council, Islamabad:  Historical Advisor 1993-4
Consultant to the excavations of the Mughal Garden (c 1581-1675) at Hasan Abdal, Northern Punjab in collaboration with the Archaeological Survey of Pakistan